From “Hallelujah”, part 41 of the Messiah (source: opera.stanford.edu)

A delight to sing, and a delight to hear. This fall, Krashna will perform Georg Friedrich Händel’s most famous piece: the Messiah.

The very first performance of the Messiah was in Dublin, in 1742. Before earning his fame as an oratorio composer, Händel was committed to composing Italian opera. When he was already in his fifties in the 1730s the popularity of opera started to fade. As an alternative, Händel introduced English oratorios. His first were already a success: reportedly, undergraduates sold their furniture to afford the five-shilling tickets!

“I hope [Handel] will lay out his whole Genius & Skill upon it, that the Composition may excell all his former Compositions, as the Subject excells every other subject. The Subject is Messiah.”

Apparently, Händel was promptly hit by a bout of pure inspiration, as he composed the entire three-part oratorio in only 24 days! His genius was quickly recognised: the oratorio was a great success and is still performed frequently to this day.

In Christian theology, the Messiah is the saviour of the Jewish People, Jesus Christ. In Part I of Händel’s Messiah, the story of the birth of Christ is told. Part II is about Christ’s passion, death, resurrection and ascension, followed by the spreading of the gospel through the world. This spreading was summarised in Hallelujah: by far the most popular part of the Messiah. Part III – the final, shorter part – is then about the promise of redemption, a prediction of the day of judgement and finally the victory over sin and death.

The Messiah is an impressive performance that every choir should be acquainted with. We at Krashna are very excited to perform it in one of the most beautiful churches of Delft: the Maria van Jessekerk! Come and enjoy this monumental piece with us this December! 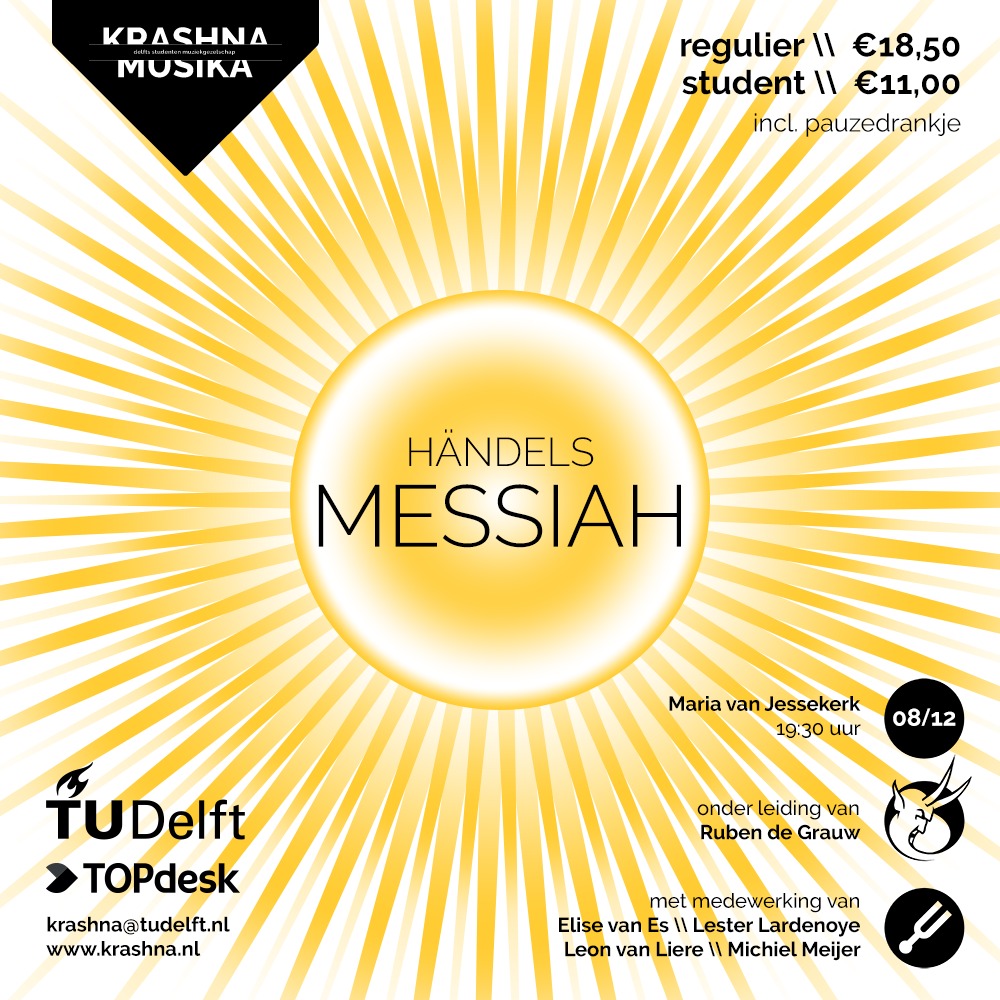